3 Important Topics to Consider While Parenting in a Digital Age

3 Important Topics to Consider While Parenting in a Digital Age

Being a parent is one of the most difficult jobs you’ll ever have (if not the most difficult). Now, with the invention of the smartphone, we’ve become more connected than ever. On a positive note, you have the world at your fingertips and can gain instant information about anything and everything (including parenting). The downside is that your kids likely have access to anything and everything as well, and that’s not always a good thing. This makes raising children in a digital age much more challenging.

Think about when you were a teenager. During this time, the most important thing is hanging out with your friends. You’re ready to test boundaries and you make decisions without considering long-term consequences. Now this is just part of being a teenager. But imagine this scenario and add a smartphone. Between inappropriate content they may encounter online and inappropriate discussions they might have with friends, there’s now this whole other element to parenting that never existed before. So what can we do about it?

According to parenting experts and psychologists, there are three main areas of concern when it comes to parenting in the digital age. Let’s dive into these categories a little deeper.

Because kids don’t have fully developed brains at this point in their lives, they have a difficult time understanding and expressing their emotions. Everything that’s happening to them (especially as a teenager) seems like the most important thing in their life. Sometimes they don’t understand that their actions affect others and they’re still living with that “I can do whatever I want” mentality. Because of this, one of the most important areas to tap into during this time is empathy.

Teaching your child to put themselves in someone else’s shoes allows them to understand what someone else is feeling. Doing so will hold them more accountable for their actions. In turn, empathy is what will make them a happier, well-adjusted and successful adult. It makes them more likable, resilient and more mindful. Wouldn’t we all want that for our children?

According to a recent study, American college students’ empathy has declined 40%, with the steepest decline after 2000. Kids should be able to let loose and be themselves around their friends and peers. Most importantly, doing so without the fear of someone taking an embarrassing photo or posting a negative comment about them online. Sadly, that’s no longer the case. Kids need empathy during this digital age so they understand their actions can deeply hurt others. And not just in the moment but they must also consider long-term effects it can have, like anxiety and / or depression. Because there’s this sort of anonymity online, it’s easier to post a mean comment or embarrassing photo of someone without feeling much remorse. But when empathy is present, it makes this idea of online bullying much less appealing. Basically, empathy can curb online bullying before it even starts. It’s important to cultivate empathy around youth to make sure they can truly understand the short and long term effects of their actions online.

“Sexting” is exactly how it sounds – sexually explicit text messages. Although one might think a 13 year old would be too young to send or receive these, you might want to think again. According to the Journal of The American Medical Association, roughly 15% of kids between the ages of 11 and 17 have sent a “sext,” while 28% have received them. This is possibly the most alarming change due to technology as this would have never been an issue 20 years ago.

Because kids have instant access to any information they want online, they’re learning about sex earlier than ever before. There is so much information out there, they could be seeing mixed messages and learning about sex before they even know they’re ready. When you have this combination of budding sexuality with the freedom of your own smartphone, it’s a real nightmare for parents. Certainly the parent is in charge of when a child receives their first phone. However, when kids start getting them younger and younger it’s difficult to leave your child as the last to be without a phone. Plus, you want them to feel independent while still being safe. A phone can provide both of those things, but it also comes with several other potential consequences.

What very few adults understand is that the sending and receiving of “sexts” under the age of 18 is illegal. This even goes for two teenagers in a relationship. However, sexting is part of the typical teenage and early adulthood experience now. It’s very common to send or receive an explicit text (whether it’s a written message or a photo). Now that we know this information, what can we do about it?

Both schools and parents are failing to educate kids and teens what could potentially happen if they, or a friend, are caught sexting. For the most part, schools don’t really know how to handle these sexting incidents. It’s important to educate kids, other parents and schools that not only is this inappropriate behavior but it is illegal as well.

Give the kids what they need most – help

Although kids like to think they know it all, they don’t. They crave help but often times don’t know how to ask for it. Parents, of course, are the best source of help. Yet many are worried and overwhelmed themselves. Because of this they’re not so sure how to guide their kids safely through this digital age. We know that kids don’t like to be told what to do. Sometimes this makes them want to do it even more. So instead of telling them not to do something, it’s important to educate them. As long as they know the situation and the consequences, it’s up to them to make their own decisions.

Parents have to create an open dialogue about these issues and find support in their communities. Schools and parents must work together to educate kids about the importance of navigating the digital world in a safe manner.

Although this digital space has opened up a whole new world of possibilities, it’s also opened up a lot of real consequences. These can include shame, fear and even depression. Sadly, we can no longer fight this. We just have to work with the new times in order to build a safer online environment for the future generation.

If you’re a parent struggling to raise a child or teen in this digital age, consider speaking with a professional. Schedule an appointment with one of our therapists today.

If you are seeking counseling in New York City, contact us today to learn more about our services!

Fill out the form below to have one of our therapists reach out to discuss consultation services in New York City. 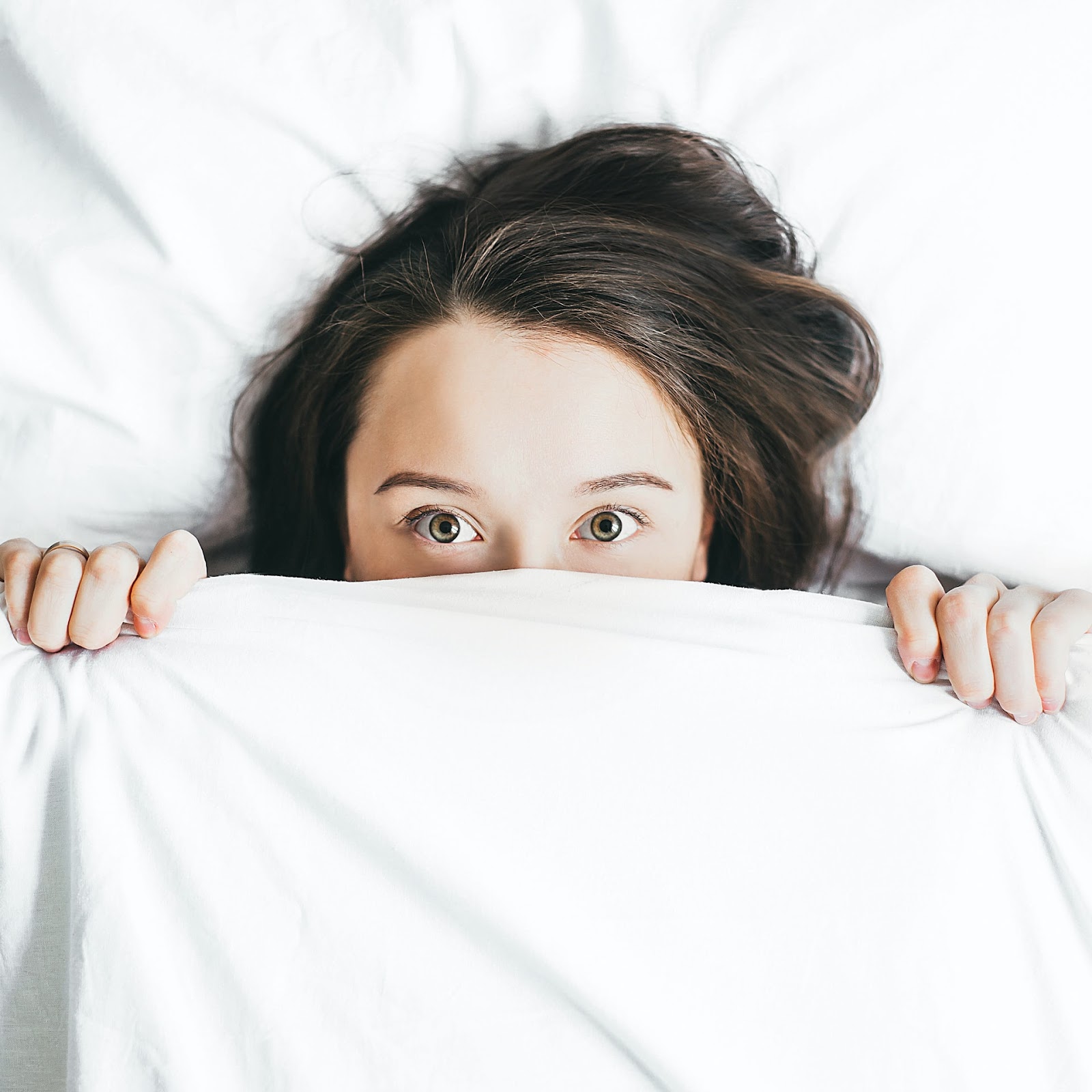 If you are looking for the most effective tools to manage anxiety (and even eliminate it), you are in the right place.  In this article, 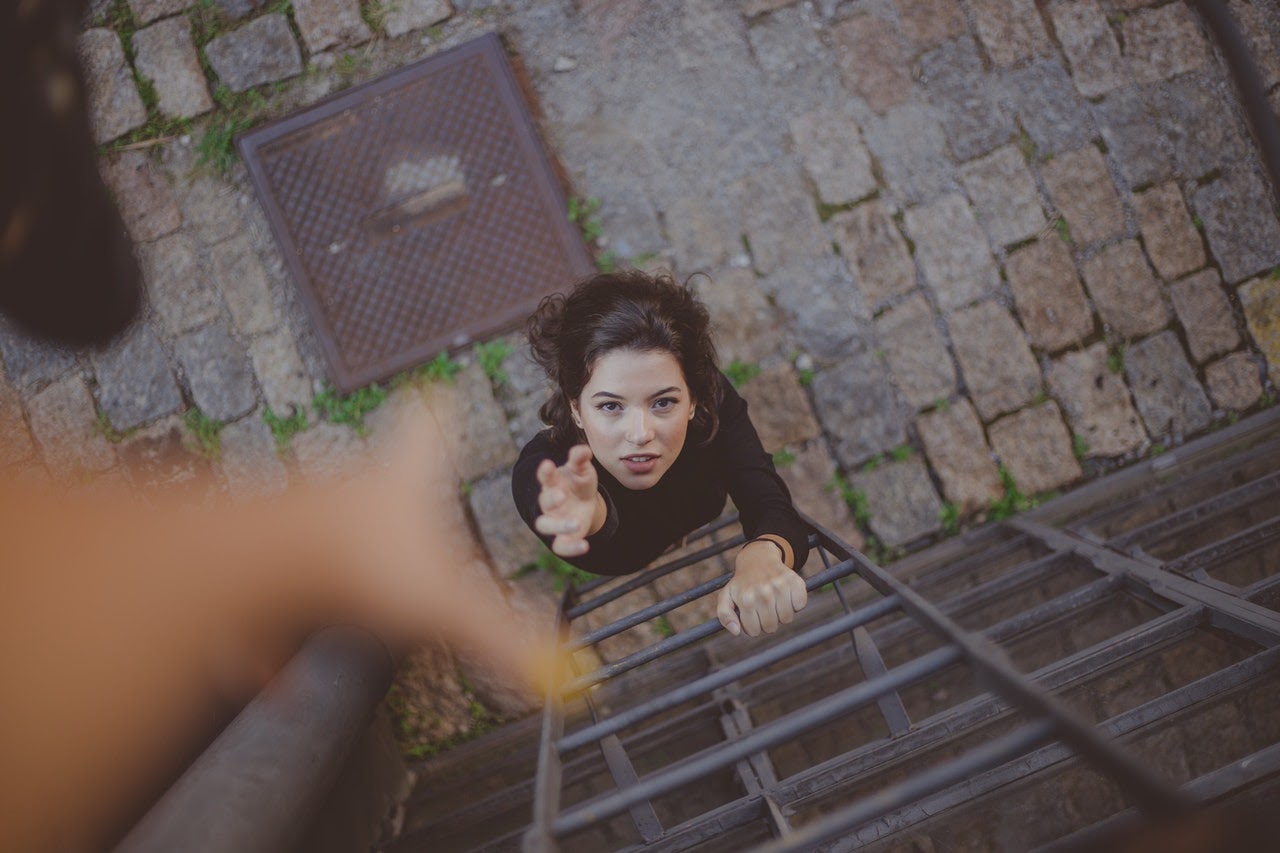 Do you believe you or someone you know may be struggling with trauma that is rooted in past betrayal or abandonment? If so, then you’re 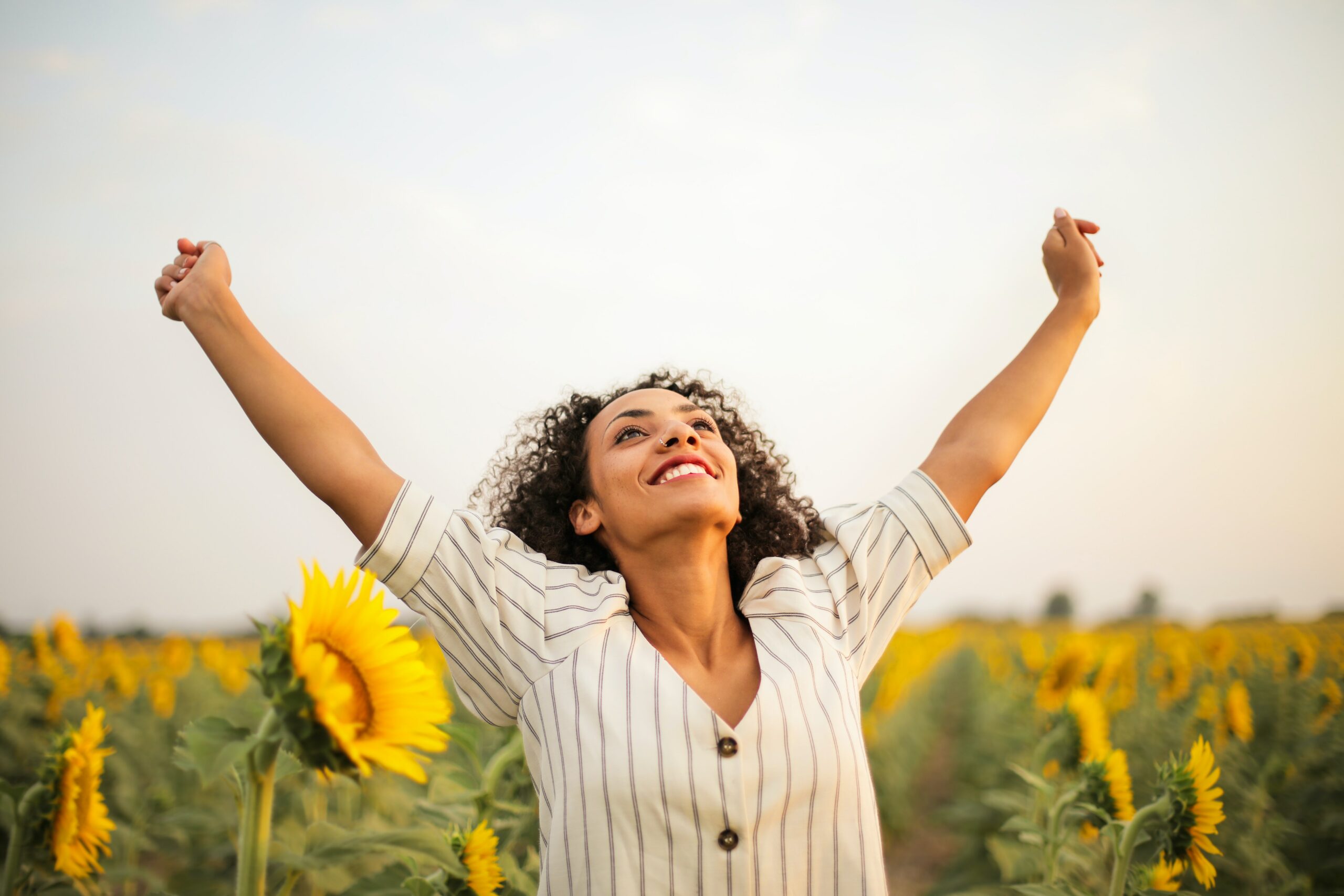 8 Essential Strategies To Survive A Narcissist

Sometimes certain circumstances require you to stay in relationship with a narcissist. When this is the case, it is critical to understand healthy methods of 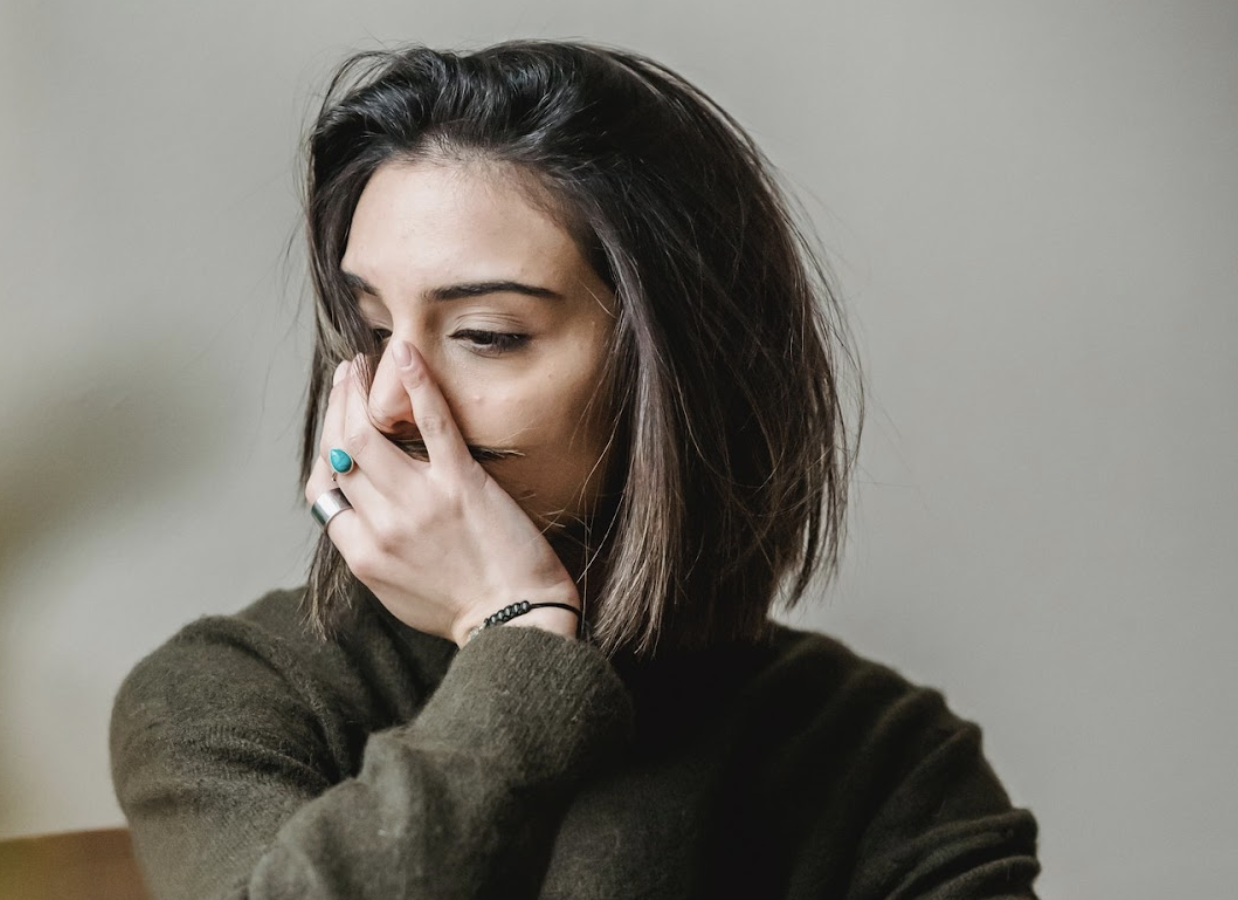 How To Stop Overthinking In A Relationship [2021]

If you would like more peace of mind in your relationships and reduce feelings of anxiety, insecurity, or jealousy, then this article is exactly what 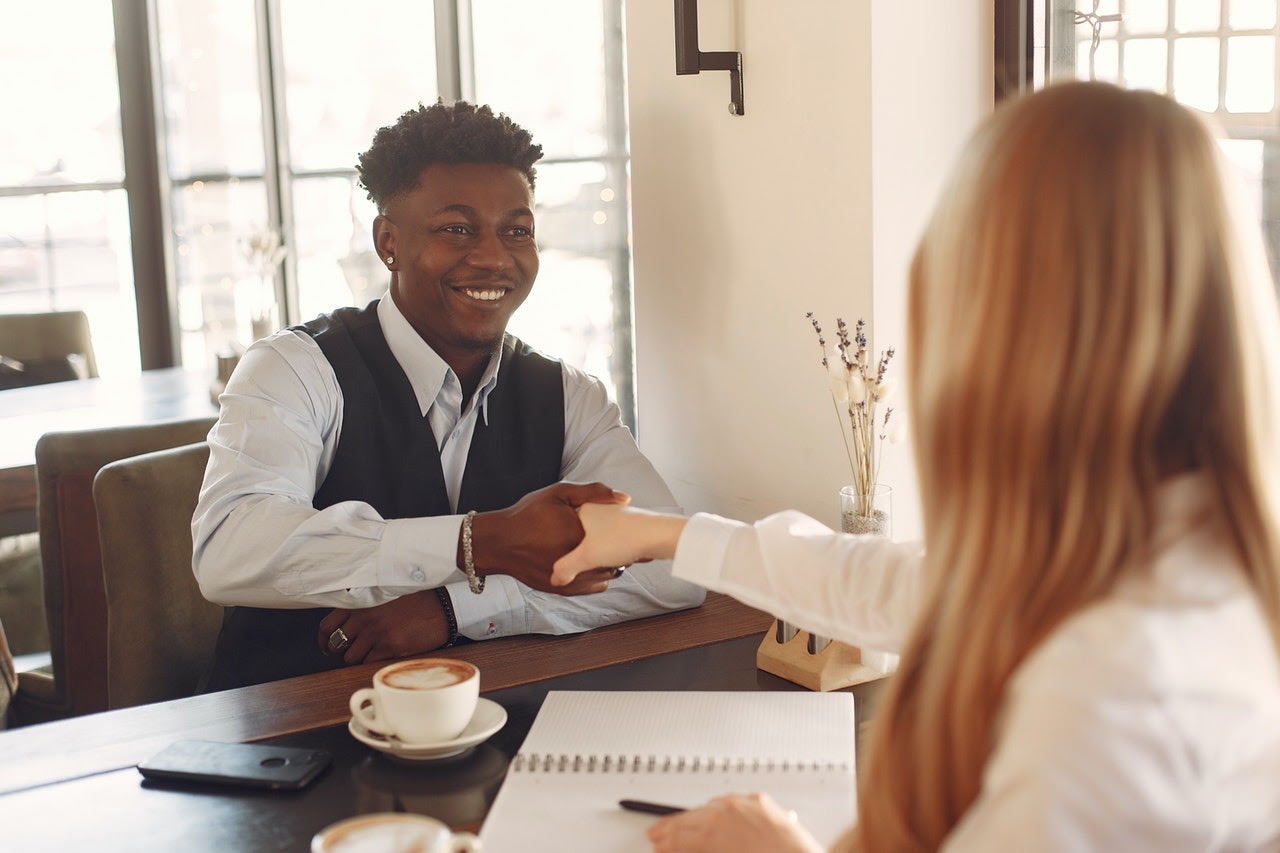 Finding the right therapist for you can seem overwhelming. If you’re wondering what questions to ask a therapist before your first session then you’re in

We are here for you during this difficult time.​

Schedule your 15 min virtual consultation
We will assist you in reaching your goals using the latest and most researched anxiety treatment tools available.
Book my consultation

MindWell NYC does not bill health insurance directly. We are happy to provide you with statements at the end of the month which can be submitted to your insurance company for reimbursement as per your plan.

Are you worried you might be suffering from anxiety?

This easy-to-use self-administered questionnaire is used as a screening tool and severity measure for generalized anxiety disorder (GAD).